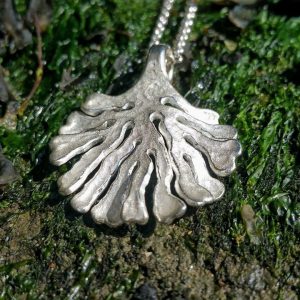 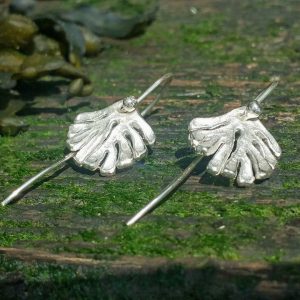 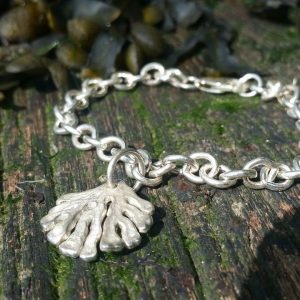 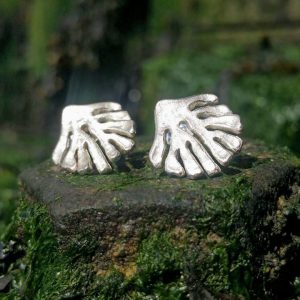 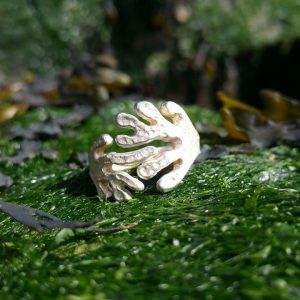 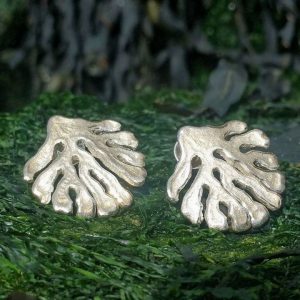 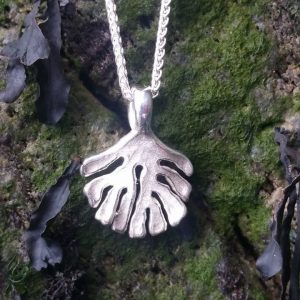 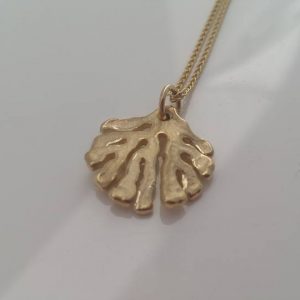 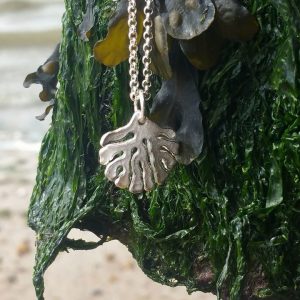 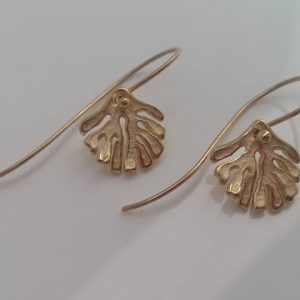 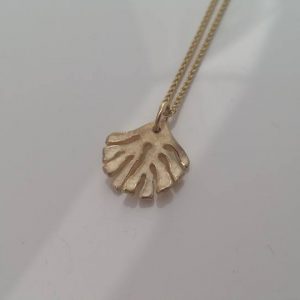 The concept for Kelp jewellery range swirled in Rob Morris’ thoughts for many years as he travelled from London to Cornwall to Spain to France… but it wasn’t until he landed in Whitstable that it was finally committed to silver. Ambling on the beach, Rob picked up a frond of dried seaweed, and saw the full potential for a branching, tree-like piece, with a strong 3-dimensional structure.

The designs all feature a hammered, textured surface on the silver, to which Rob adds distinctive burnishing on the edges, creating a dynamic contrast between the matt, satined surface and the smooth edges. Rob has made his own burnishing tool out of polished steel, and he uses it to apply a lot of pressure in a skilfully controlled way to a very small area, polishing in a fine line to a highly reflective shine, to stand out against the satined surface. Burnishing is a very precise and absorbing task, using a tremendous amount of hand-strength and precision which is very tiring… but one mistake and Rob has to re-satin the piece and start again.

The large pendant was the first of several pieces, as the popularity of the initial design was enough to spur Rob to create a variety of earrings, pendants, bracelets and a ring. Rob has even made gold versions of some of the pieces, and they too feature the distinctive satined textured surface and the beautifully burnished edges. The precision and pressure required for burnishing are even more demanding in gold as it is harder than silver… so harder on Rob’s hands!

Along with the Starfish range, Kelp proves popular with visitors to the gallery in Whitstable… after enjoying their time at the seaside, it serves as a keepsake and happy reminder of a time well spent in this lovely harbour town.