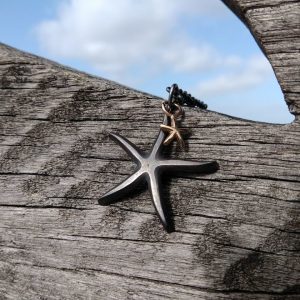 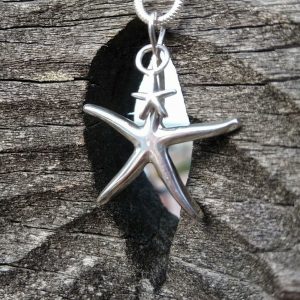 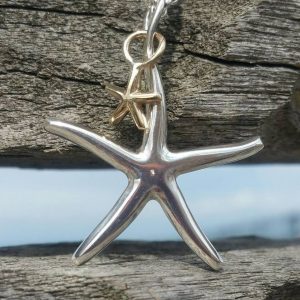 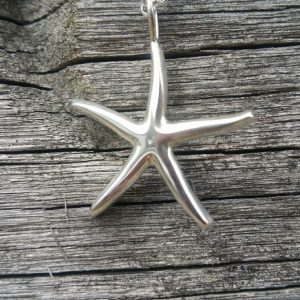 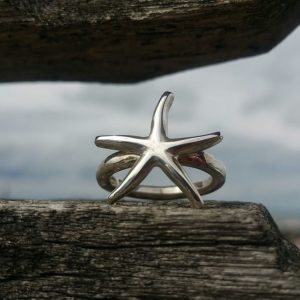 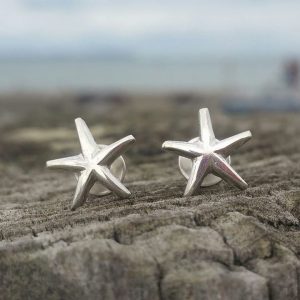 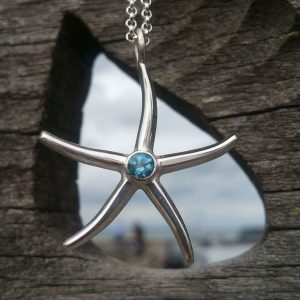 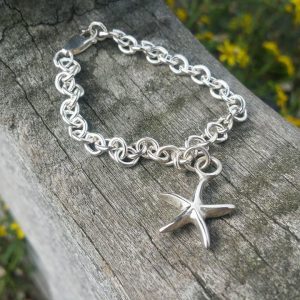 Living by the sea, it’s hardly surprising Rob Morris is influenced by seaside themes! When it came to the Starfish jewellery range, Rob really wanted to achieve something a bit different to what is a common inspiration. He pared the classic starfish shape back, slimming the outline and choosing not to mimic the rough skin of the real thing. Starfish (apparently more accurately called sea stars) are not really fish but echinoderms, which means ‘spiny skin’ in Greek, and true to their name, starfish really are covered in a spiny skin on their topsides. Instead, Rob opted for a minimal smooth finish, giving all the pieces a sleek and refined look.

Rob played around with metal and colour to create a range with quite a few permutations. The medium-sized starfish can be worn on its own, or with a silver baby, or a gold baby. The starfish can be oxidized (artificially aged, so it looks blackened) which looks very dramatic with a gold baby. There are smaller versions which can either hang off a bracelet (and are double-sided) or feature on a ring, and the baby size is also available as ear studs in either gold or silver. Rob also created a larger starfish with a cut topaz glittering in the centre, a summery blue stone – it’s both elegant and dazzling. For the most recent addition to the range, Rob took silver discs, hammered them to create a rock-like surface which he left matt with a satin finish, before soldering a highly-polished starfish on the surface. He has also created a choice of silver on silver or gold on silver.

Rob has been known to make bespoke pieces for the starfish jewellery range because some people love them so much they have the entire range, but simply want yet another piece!